The Keller Williams Realty Kauai Market Center celebrated its 2020 year of successes recently with awards on an international and local level.

Though there was recognition for over 20 agents who hit different sales volume benchmarks, awards for top-producing agents and teams, and one of the most prestigious awards focused on the culture of Keller Williams.

The KW Kauai MVP Culture award was presented to Roni Taniguchi-Fu and Lisa Akita, who, according to the agent that nominated them, “they both exemplify the Keller Williams culture. They do the right thing in their personal and professional endeavors, and donate countless hours to helping our Market Center by setting a positive example with their compassion and support daily and with Red Day, our international day of volunteering for our community.”

Production awards were next on the agenda with the Keller Williams Realty International Associate Medallion Awards for 2020. These awards recognize Individual, Team or Group production and are measured by Total Closed Dollar Volume of Homes Sold during the calendar year.

In the Silver category with a Closed Dollar Volume between $4 to $6 Million are Vegod Dutt and Huki Team which includes Richie Richardson, Wayne Richardson IV, and Kawehi Anama.

In the Double Gold category with a Closed Dollar Volume between $8 to $10 Million are Catherine Pennell and Ryan Nunez.

The Quadruple Gold category of a Closed Dollar Volume between $13 to $17 Million are Team Ching and Yates which includes Julie Ching and Dennis Yates.

In the Gold category was Koa Yukimura and Huki Team which includes Richie Richardson, Wayne Richardson IV, and Kawehi Anama, recognized for having earned Closed Dollar Volume between $2 to $5 million.

In the Double Gold category were Vegod Dutt, Ryan Nunez, and Catherine Pennell, having earned Closed Dollar Volume between $5 to $10 Million.

The Agent Leadership Council (ALC) for 2020 was recognized for giving their leadership, time and talents to the Market Center and they are Koa Yukimura, Carol Lopez, Ryan Nunez, Tim Ross, and Dennis Yates.

Further recognition was given to Rookie Agent of the Year, Michael Ambrose, for selling the most homes for any new agent during his first 12 months in real estate in Hawaii.

Austin, Texas-based Keller Williams, the world's largest real estate franchise by agent count, has more than 1,000 offices and 182,000 associates. The franchise is also No. 1 in units and sales volume in the United States.

In 2015, the company began its evolution into a technology company, now building the real estate platform that agents' buyers and sellers prefer. In 2019, Fast Company named Keller Williams the No. 1 "Most Innovative Company" in real estate.

Since 1983, the company has cultivated an agent-centric, technology-driven and education-based culture that rewards agents as stakeholders. For more information, visit KauaiKW.com or if you'd like to learn about a career at KW Kauai visit KauaiKWCareers.com. 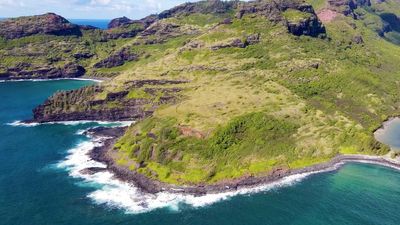 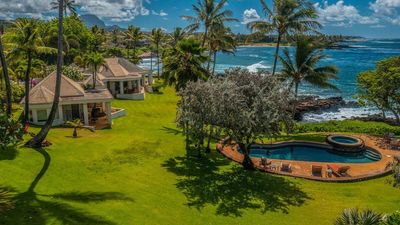 Unfortunately, we don't have any featured listings at the moment.

A trustworthy real estate specialist on your side will make the transaction much easier and stressless.
Already a User? Sign In

Sign Up
Already a User? Sign In
You have been successfully registered
Please check your email.
Go to the homepage
Sorry something went wrong
Please try again.
Try again